POST Technologies has been busy launching an optical fibre network for several years. The first phase saw the Central Offices (CT) connecting with each other. In a second phase, fibre optic technology was brought closer to the inhabitants, up to the secondary distributon frames located in the different cities of the country.

The third and final phase, "Fibre to the Home" (FTTH), will bring optical fibre inside homes. The ambitious FTTH project was launched in 1997. During the modernisation and extension phases of the network, so-called ‘hybrid' cables were installed, which contain both optical fibre cables and copper conductors. At the start, only the copper pairs were used and the fibre optic cables were scheduled for future activation. Then, at the end of 2008, passive splitters were installed in the hybrid street cabinets. The fibre optic cables could then be connected to the Central Office in a point-to-multipoint network to an optical distribution frame. 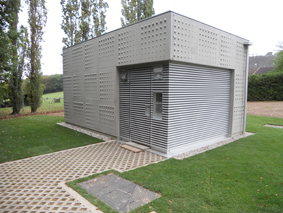 Homes will be connected with two point-to-point fibres to an optical distribution frame in a so-called Point of Presence (POP). POST Technologies is currently building new POPs across the entire country.

Professional buildings will be connected to one or more Central Offices (CT) with the professional "Fibre to the Office" (FTTO) optic network. This means they will be able to take advantage of telecommunications services based on a fibre optic infrastructure dedicated to professional needs. 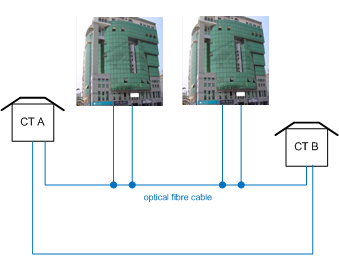 More than 67% of households are connected to POST Technologies' fibre optic network and have already today access to ultra high-speed services of up to 1 Gb/s.

The fixed network: In terms of the length of the cables used